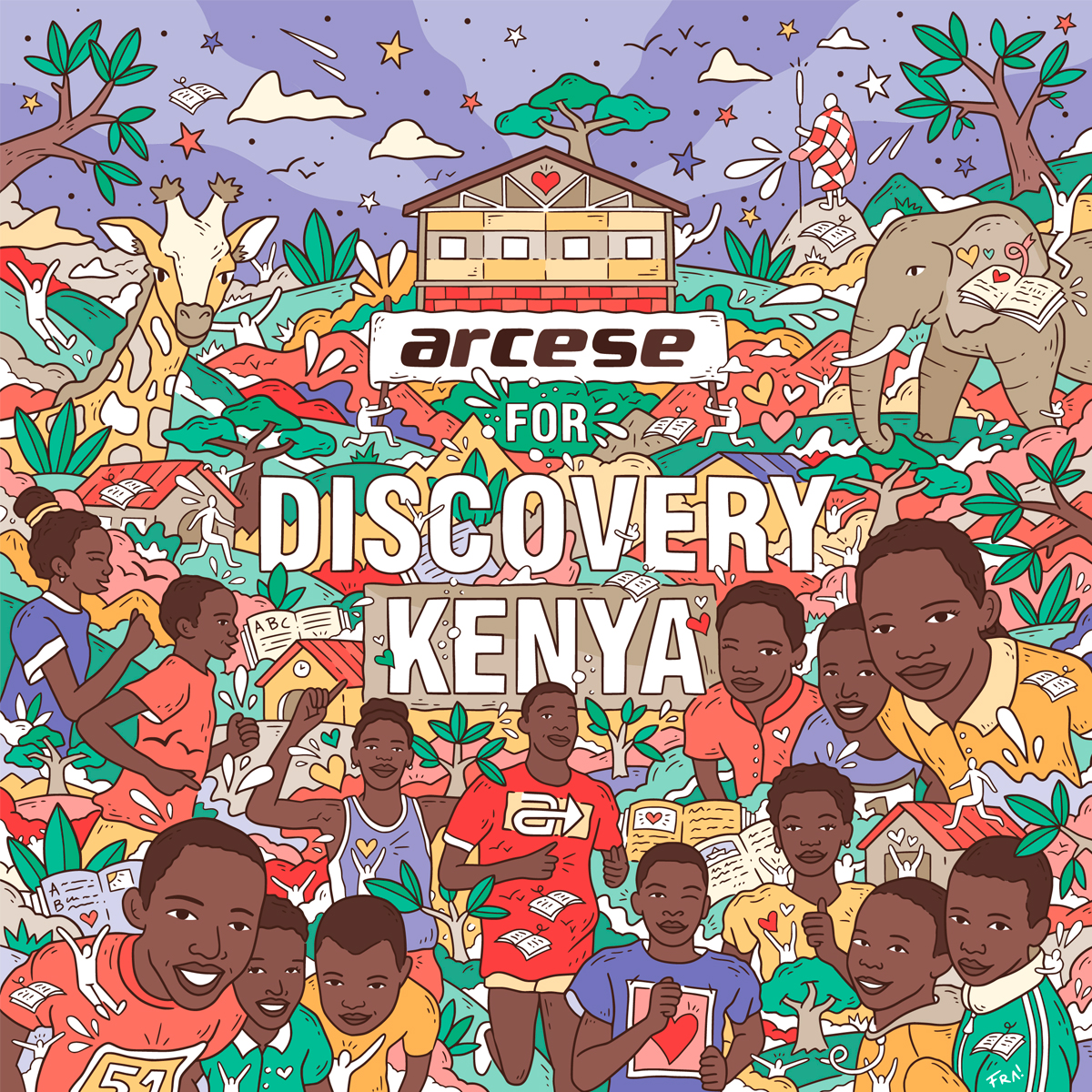 Arcese’s collaboration with Rosa Associati continues for the Kenya Project, a solidarity initiative that – through sport – aims to ensure school education and future new opportunities for children and young people in the West Pokot County in Kenya’s Rift Valley Province.

The partnership for the Kenya Project, which began in 2018, has been enriched in recent years with the confirmation of implementing 3 projects funded by Arcese with the aim of developing an athletic-school centre that contributes in a concrete way to the development of education and health literacy for the growth and development of the territory and the whole country.

THE KAPTABUK PRIMARY SCHOOL LIBRARY:
A PROJECT THAT HAS BECOME A REALITY

The construction of a library at Kaptabuk Primary School is the first of three Arcese funded projects to be successfully completed during 2020.

Kaptabuk Primary School is attended by about 500 pupils aged 6 to 14 years, led by a team of 12 teachers. Rosa & Associati has been supporting the school for over 15 years and in 2018, thanks to Arcese’s assistance, it was able to expand the structure and make important improvements.

The construction works of the Library began in January 2020 and, despite the months of inactivity due to the pandemic and the compulsory closure of the school, the project has finally become a reality. It took 4 months of intense work that saw the enthusiastic participation of the local community, and finally in October the building was officially inaugurated in the presence of some teachers and pupils attending the school.

It is a simple structure made from brick, built according to local standards. The decision to use modern, recycled and local materials has made it possible to obtain a coherent project that involves everyone and promotes sustainable development within its framework. Today, at more than 60 square meters, the library is already welcoming enthusiastic pupils, and is preparing to welcome a donation of around 200 books, including school textbooks and pleasure reads.